Matias Ferriera is the newest recruit to the NYPD and making headlines for his bravery and valor already. Ferreira is a former U.S. Marine who lost both his legs below the knee when an explosive device went off under foot while he was on tour in Afghanistan in 2011.

Ferreira was on a routine patrol in Afghanistan on January 21, 2011 when he jumped off of a roof into a compound suspected of being used by the Taliban, little did he know he was jumping into a trap. “As soon as I landed I knew something was wrong because it was like a movie almost. I heard a noise and everything went black,” he said. A bomb had exploded directly under his legs, amputating both below the knees. “I just saw blood throughout my pants.”

After being evacuated to a local hospital he was sent back to the USA within a matter of days to be treated for the extensive injuries. Three months later Matias received his prosthetic legs and began the road to recovery. The unexpected accident brought with it many challenges and changes in everyday life, but it also ushered in an attitude of embracing life and trying new things. After joining a softball team for wounded warriors he met his future wife, Tiffany, when their teams faced off in 2002. The couple wed and now have a two year old daughter together.

At only 28 years old, Ferriera wasn’t ready to sideline his public service career just yet and decided to give police service a try. After 29 weeks of intensive training he recently graduated from the Suffolk County Police Academy. The 6 foot 1 rookie cop passed all of the physical requirements just like any other recruit and will set out on his first patrol next week. “I just really want to be able to help people,” said Ferreira “I want to be involved in the community, and the police department definitely allows you to do that.” 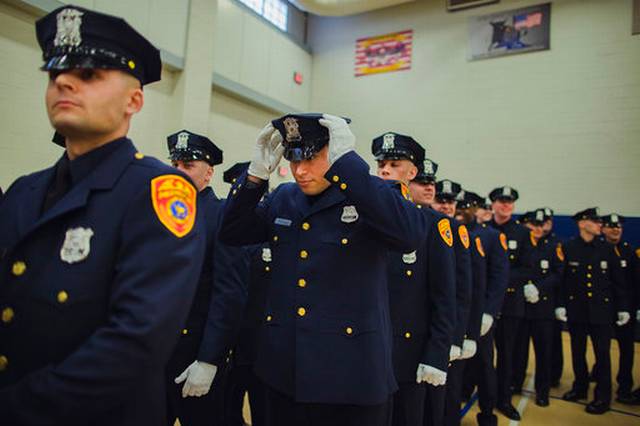 The new officer is a true inspiration and although he acknowledges that the job will come with it’s challenges, he faces life with a smile and lives by the motto that “life without limbs is limitless.”

The Model Amputee Who Overcame Her Bullies

We all know how it feels to be bullied at some point in our lives. Studies have shown that one out ...

Some weeks ago, a church located at Wyoming, Michigan assisted in the payment of the medical bills ...

There are new developments since a man on the run stole an arsenal of weapons and threatened the ...